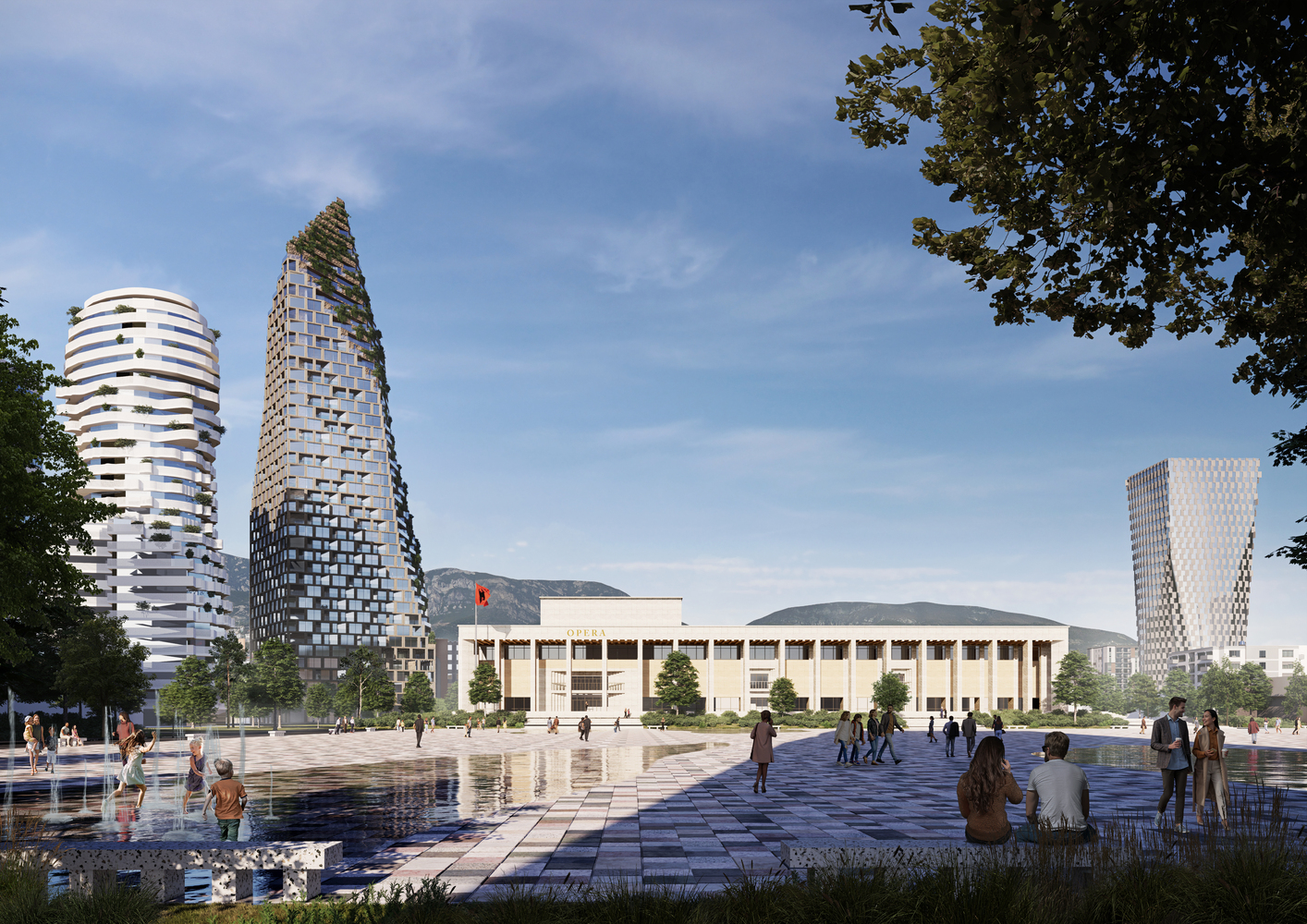 Danish architecture office CEBRA won the competition to design a new landmark in the capital of Albania, Tirana. While located in the heart of the city, the project takes inspiration from the natural landscape surrounding the city, thus celebrating Albania's national identity and cultural heritage. The project proposes a 185-meters multifunctional tower containing housing, commercial facilities, a boutique hotel, a business area with offices and parking facilities, and all the necessary amenities like restaurants and cafes.

Due to its recognizable silhouette, the building will become a landmark in the Tirana skyline. Furthermore, the location of the building, close to the city's opera and National Historical Museum, allows the area surrounding the development to become activated through the presence of street-level amenities, like cafes, shops, and other various public functions. Mount Tirana will be constructed using locally sourced materials to minimize the building's carbon footprint. The generous terraces on the mountain slope also help reduce the need for mechanical cooling and aid the urban biodiversity.

Over the past decade, the city of Tirana has been undergoing significant transformations which aim to help it become a regional urban hub and a city of both cultural and economic importance for the Balkan region. Many international offices are contributing to these developments. Stefano Boeri Architetti, who opened an office in Tirana in 2015, collaborates with Tirana authorities to transform schools into mixed-use spaces for the local communities. MVRDV is also reimagining the communist-era Tirana Pyramid and is developing a new mixed-use building shaped after the country's national hero.

CEBRA is a Danish architecture and design practice founded in 2001 and owned by architects Mikkel Frost, Carsten Primdahl, Kolja Nielsen, and Mikkel Hallundbæk Schlesinger. The office has a growing international portfolio, counting projects across Europe, The Middle East, and North America. They have recently completed the Skamlingsbanken Visitor Center in Denmark and the Al Musallah Prayer Hall in Abu Dhabi, UAE.