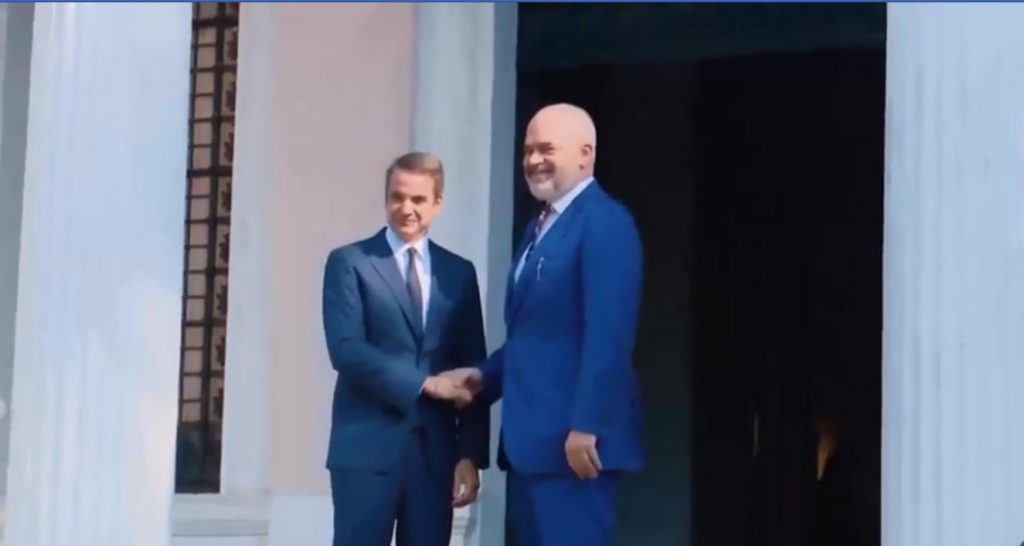 Albania and Greece have failed to agree on the issue of maritime. The news was confirmed by Prime Minister Edi Rama who met with the Greek PM, Kyriakos Mitsotakis in Prague on the sidelines of the European Political Community.

According to the head of the Albanian government, "this is a legal process, subject to rules and procedures and we will comply with them". He added that "we have to make it very clear what we intend in this process and that unified attitude required of this court as to what one side intents and what the other side intends, requires its own time".

In 2009, the then government led by Prime Minister Sali Berisha agreed with the Greek government to delimitate the continental shelf in the waters between them. However, the Socialist Party led by Edi Rama, who at that time was in opposition, sent the case to the Constitutional Court. The SP argued that the agreement gave Greece some 225 kilometres of Albanian waters. The court agreed and relations between the two countries soured.

This issue remains unresolved even with socialists in power since 2013. In October last year, both countries said they would take the matter to an international tribunal.