PM arrives in Prague for the European Political Community meeting 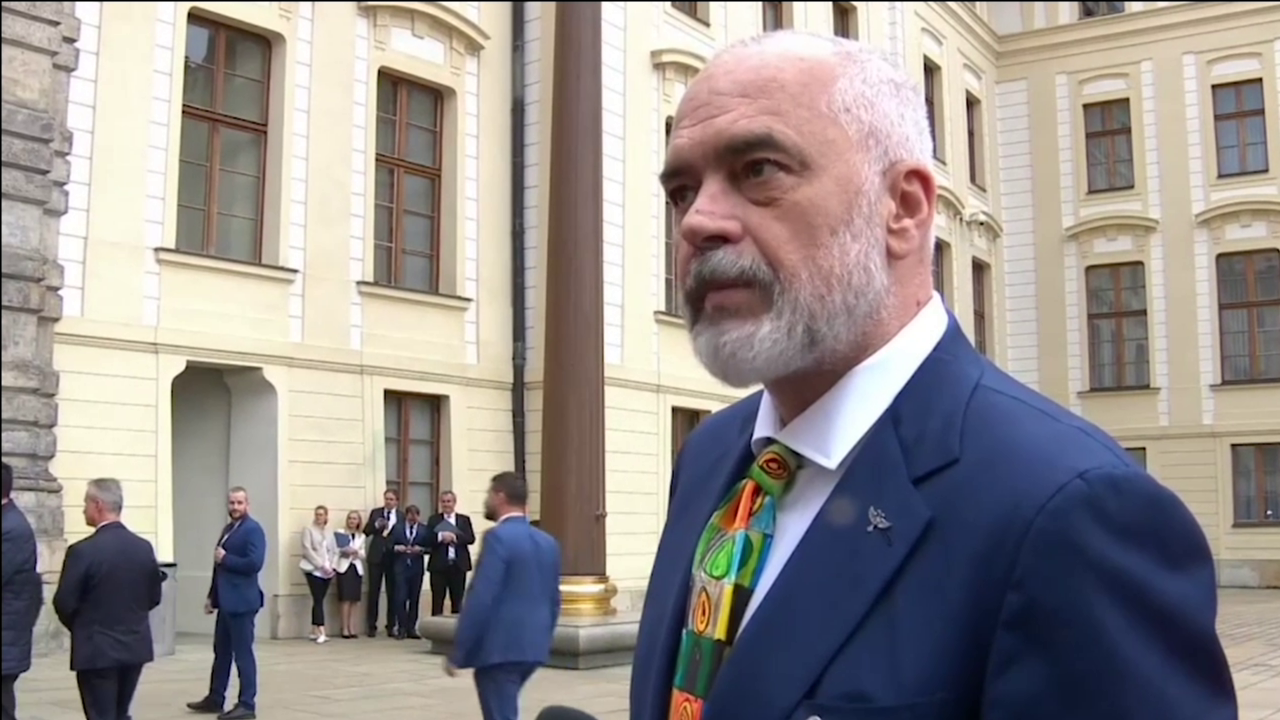 The Albanian PM, Edi Rama arrived in Prague today to attend the first meeting of the European Political Community, a new initiative that includes 27 EU member states, Western Balkan countries and Eastern European countries which aspire to join the EU, UK and Turkey.

"Of course, it's not a new idea, it's an old one. But it resurfaces in times of crises and I hope we won't have a new crisis for another meeting like this one to take place. I hope that this meeting will encourage us to continue working together in order to build something important for the European community and peoples. Albania is part of a region, such as the Western Balkans, which is not in the EU, but surrounded by EU borders. To us it's very important to be with you, despite the fact that we're not part of the EU," Rama told reporters.