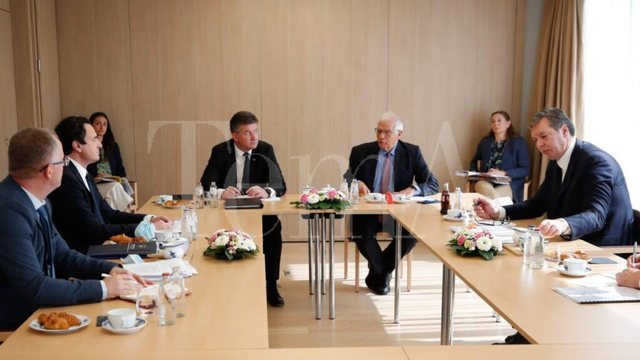 This was announced by the EU's spokesperson, Peter Stano at a news conference on Thursday.

"We have stated several times that there'll be a meeting between President Vucic and PM Kurti. The High Representative, Josep Borrell has invited them to travel to Brussels. We will announce the exact date once it's set," Stano said.

The situation in the north of Kosovo has escalated on December 6 after several Serbs prevented officials from entering poll stations in the north.

These developments come at a time when partial local elections are expected to be held in four municipalities in the north on 18 December.