A suicidal plan for the reintegration of Kosovo into Serbia 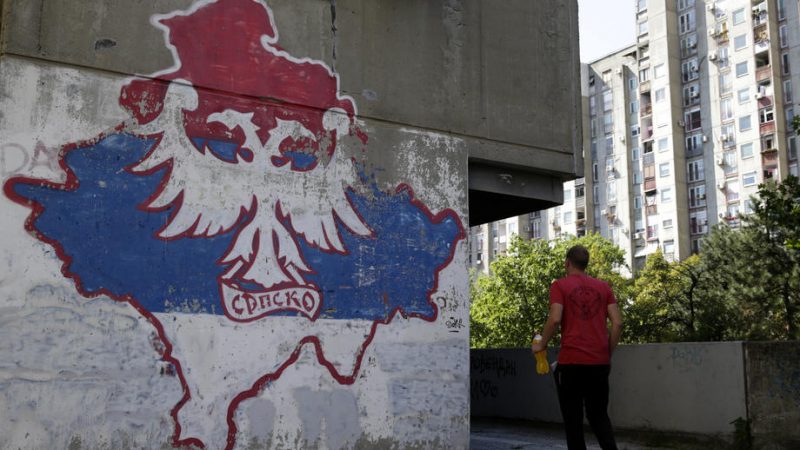 A group of opposition parties and intellectuals published a declaration calling for the reintegration of Kosovo into Serbia, arguing that full reintegration is the only acceptable solution for the Serbian people. Orhan Dragaš calls this initiative “a gift to the Kremlin”.

The idea of ​​the reintegration of Kosovo into Serbia’s constitutional order, published recently by a group of politicians and intellectuals, skips an important and risky step towards its realisation. What the realisation of their plan would look like, our citizens can watch live the case of Ukraine and Russia’s efforts to “reintegrate” some of its areas.

Just like the authors of the concept of the reintegration of Kosovo, Putin’s Russia also believed that Crimea, Donetsk, Luhansk, and now two more Ukrainian regions are actually part of “historical Russia” and that they should be returned to the homeland. For this purpose, Russia was ready to start an aggressive war, for which it found reason and justification precisely in its right to Ukrainian territories. It also includes population, religious sites and natural resources, as Vuk Jeremić, Boško Obradović, Milan Jovanović, Matija Bećković, and other co-signatories wrote in their Kosovo proclamation.

Unlike their Russian counterparts, Serbian re-integrators did not anticipate military force as a way to realise their plan. Perhaps they overlooked this “detail” but did not include it in the signed text. However, this small difference between Russian and Serbian concepts of reintegration is not essential – both plans are actually warlike.

In the idea of ​​the reintegration of Kosovo into Serbia, however, states that talks will be held with the Albanians, which is an important “peacekeeping” detail so that the plan is not immediately rejected as a war plan. But what would those conversations between Serbs and Albanians be about? Only about how reintegration would be carried out, not about its essence because there is no discussion about it. We can reasonably assume that no Kosovo Albanian wants to talk to Serbia about reintegration, especially not about how it should be carried out. And what remains? Only the intervention of the Serbian army.

If we assume that the authors of the concept also anticipated that option, and they probably did, let’s look at who the Serbian Army would fight against in Kosovo to implement the previously adopted decision on reintegration.

It would undoubtedly wage war against the Kosovo Albanians because we can reasonably assume that none of them want to return to the constitutional framework of Serbia and that they are ready to defend it with weapons.

How many of them would join the armed resistance? Serbia cannot know before it starts the military reintegration of Kosovo just as Putin did not know whether and how fiercely the Ukrainians would oppose his invasion until he set foot in Ukraine and was surprised that his troops were not given bread and salt.

But what Serbia can know for sure today is that in Kosovo, it would not only engage with the Albanians but also with NATO. Unlike Russia, which, upon entering Ukraine, was convinced that it would fight only against Ukrainians, Serbia knows very well that NATO is waiting in Kosovo in full capacity because Serbia itself accepted its presence and signed the documents that gave NATO the right to supervise Kosovo’s security, on behalf of the UN.

Therefore, it is quite sure, what the “way” in which the reintegration of Kosovo into Serbia would look like, and there is no reason to talk about it with the Albanians, even if they came to the talks. And here we come to the most critical question for the authors of the new plan. What is Serbia’s interest in realising its rights and state interest regarding Kosovo through war (which is the only option, according to them)?

We will not go so far as to say that this plan was written in Moscow; there is quite enough intellectual strength in Serbia to write another self-destructive national project. But regarding interests, Russia can be pleased about the appearance of such a document, far from its frontline in Ukraine, which is moving more and more back towards the Russian borders daily.

The plan for the reintegration of Kosovo, due to its similarities with Putin’s attempts to (forcibly) reintegrate the eastern Ukrainian regions, is a gift to the Russian war efforts and above all, to raising the declining enthusiasm of the Russian population.

The initiative from Serbia is more than welcome in the Kremlin because it gives it an alibi for everything it does in Ukraine and a chance to present to its public that the way Russia reintegrates is echoed in other parts of the world when such a plan comes from Serbia at the exact moment when Putin and the Duma sign decisions on the annexation of Ukrainian areas in a flash, then the effect is even more vital.

And finally, whose international support the signatories of the reintegration plan are counting on? I guess they thought about that, too, because the issue of Kosovo has long been deeply internationalised. There is no international support for such a plan, except for Moscow, and it would undoubtedly provide it because a new war in the Balkans would be worth gold in the days when Russia is suffering heavy defeats on the front.

Therefore, we have a plan that leads Serbia directly into a war lost in advance, a state of national disaster, and all at the expense of another, foreign country that is currently waging an aggressive war of conquest, isolated from the whole world.

Is this really a policy that will be led by 44 MPs in the Serbian Parliament, presenting themselves as patriots? Judging by such initiatives – it is! I will remind all of them of the words of Herodotus, who said: “In peace, sons bury their fathers. In war, fathers bury their sons.” Do not push Serbia into a war in which it will disappear. (Euractiv)