The West's lustration of Albanian politics 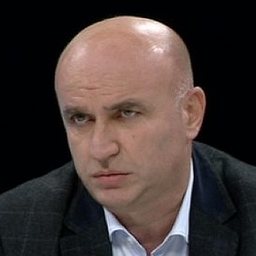 The European Socialist Parties’ latest decision concludes the debate regarding the Western future of Albania’s opposition. The punishment of Ilir Meta’s party only because he plead allegiance with Sali Berisha shows the standard that the West has imposed on Sali Berisha and his future relations with the United States and the European Union.

The message is pretty clear. Anyone seeking an allegiance with Sali Berisha in attempt to blackmail the West shall be isolated. Ilir Meta is simply the first victim of this standard. While the Court of Tirana’s ruling regarding the legitimacy of the Democratic Party’s leadership is yet to come, there will be new sanctions against those who shall remain under Berisha’s leadership. Furthermore, sanctions will be imposed even on Berisha’s minor allies, who pretend not to be aware of the fact that they are trying to keep a live a political corpse that has already been executed by the West (politically speaking).

This standard refers also to all those MPs and public figures that have joined Sali Berisha’s movement. To put it simply, this is the West’s lustration of Albanian politics. It is a message trying to signal that the West is serious in its fight against anti-Western politicians, hiding behind ideologies of sovereignty in Albania.

Even though the West’s standard began with Ilir Meta, he is not its main target. The standard aims to punish all those who have chosen to tie their future with Sali Berisha’s politics. For them, the West’s doors shall remain closed and there will be no alternatives. Meanwhile, this standard will monitor Albanian politics on a daily basis, identifying every anti-Western factor that tries to take advantage of current crisis in order to blackmail the West. The purge against such politicians and public figures has only just begun.