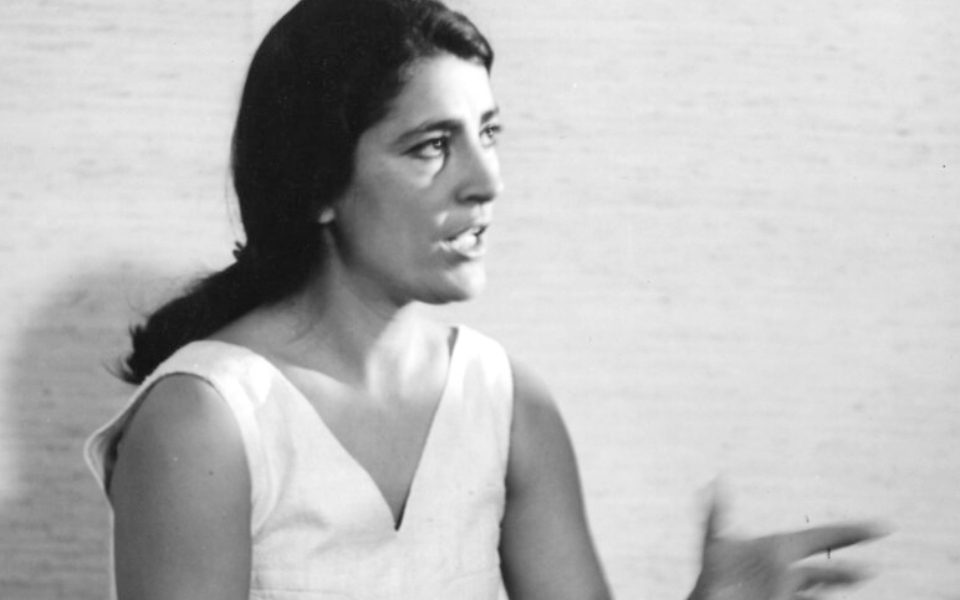 Legendary Greek actress Irene Pappas, who starred in over 70 films in a career spanning more than 50 years, passed away on Wednesday at the age of 96, the Culture Ministry announced.

In her long-running career, she was considered a quintessential symbol of Greek beauty and a famous representative of Mediterranean culture abroad, performing strong female roles in the theatre and cinema.

Pappas, nee Irene Lelekou, was born on 3 September 1926 in the village of Chiliomodi, outside Corinth, Greece. Her family moved to Athens when she was seven years old, where, as a teen, she attended the Royal School of Dramatic Art in Athens.

She began her acting career in Greece in theatre before moving into film in 1951. Her first film was a small part in Nikos Tsiforos’ 1948 Fallen Angels, while her portrayal of the title roles in George Tzavellas’ Antigone (1961) and Michael Cacoyannis’ Electra (1962) earned her critical acclaim.

In 1961 Pappas starred in The Guns of Navarone and in 1964 in Cacoyannis’ Zorba the Greek, which catapulted her into international stardom. One of her last film appearances was in Captain Corelli’s Mandolin in 2001.

Pappas was also fluent in Italian, taking up theatre roles and making many films in the country.

Her opposition to Greece’s military dictatorship (1967-1074) sent her, along with other artists, into exile in Italy and New York and returned when the junta fell.

In 1995, she received the award of Commander of the Order of the Phoenix by the then Greek President Kostis Stefanopoulos.

In 2018 it was announced that she had been suffering from Alzheimer’s disease for five years.