Film documenting Albanian heroism during the Holocaust returns to Albania 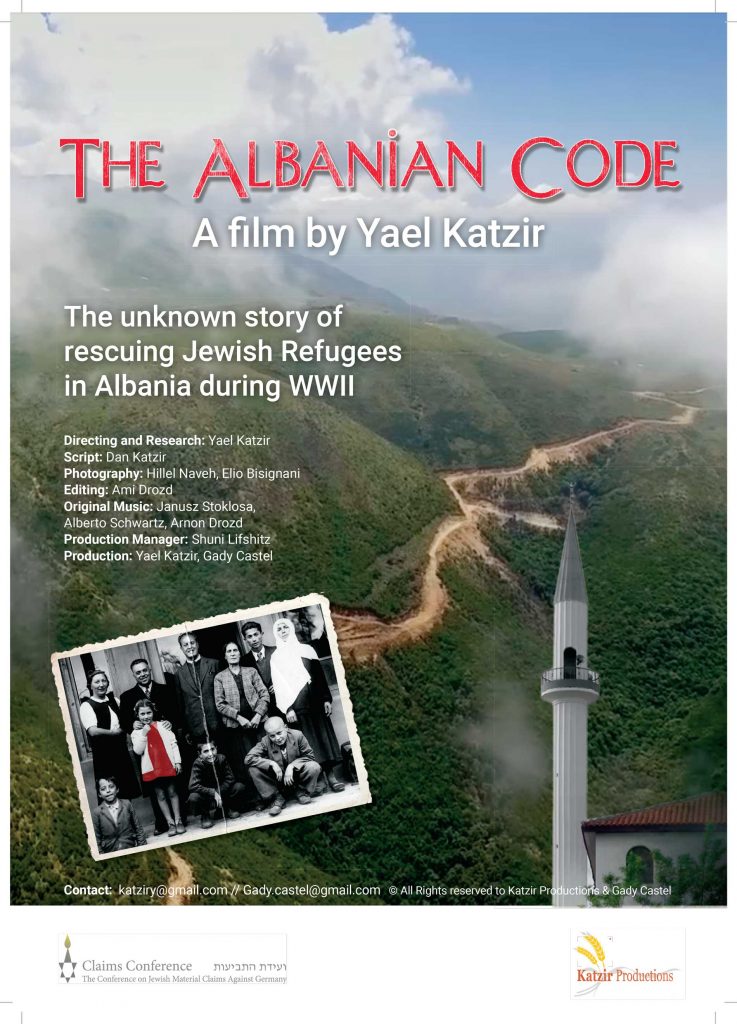 “The Albanian Code,” a documentary film that tells the story of how Albania, whose population is 70% Muslim, responded to “besa,” the Albanian code of honor, to rescue thousands of Jews during the Holocaust, was presented in Tirana in December 2021. The film was produced by Yael Katzir and Gady Castel for the Claims Conference.

The Albanian code of honor stipulates that it is better to die than to turn one’s back on a person in need. The Italians had invaded Albania in 1939, but in September 1943, when Italy left the Axis Powers, the Germans occupied the country.

The Albanians upheld their code of honor and refused to turn over the Jews to the Nazis. More than 2,000 Jews were protected and saved by the people of Albania.  The Jews were not treated as refugees, but as guests.

“The Albanian Code” tells the story of the heroes who helped the Jews and includes interviews with those who were saved. The film was initially shown in 2019 in Tirana in the presence of the Albanian president, five ministers and twelve ambassadors, and earned a standing ovation from the audience, who applauded for more than five minutes after the film ended. On that occasion, Italian-Albanian ​​Klodiana Cuka thought of inserting Italian subtitles, which her company, Integra Onlus created, for the screening of the documentary among the Italian public.

In early December, Gady Castel returned to Albania to show the film once again, on the occasion of the 27th Tirana International Fair. The screening was held in collaboration with Integra Onlus, Bridge for the Future Albanian Foundation and the Israeli Embassy, with the financial support of the Israeli Foreign Ministry and the institutional support of the Israeli Embassy in Tirana and was shown in other cities throughout Albania.

An excerpt from the diary of Gady Castel during his visit illustrates the importance of the film: “Screening in the hall at the local university with the Archbishop of Northern Albania. At the end of the screening, he praises the filmmakers and the Albanian people, he also emphasizes that if the rescuers were mostly Muslims, this is a ray of light and an opening for future guidance.”   (The Jerusalem Post)