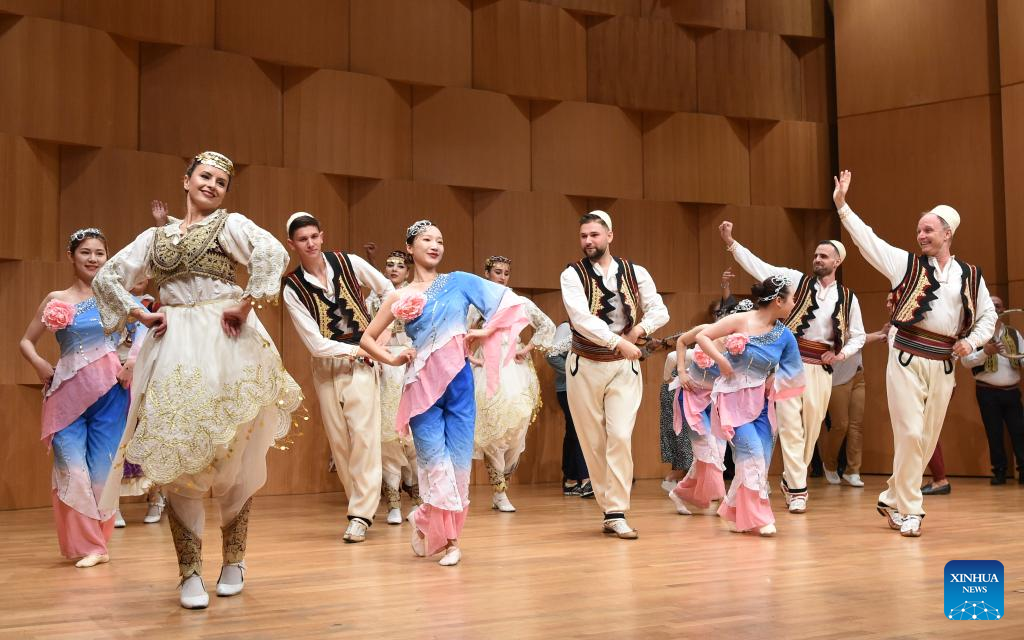 A series of Chinese cultural activities have been held in Albania's capital city Tirana since Monday, including a Chinese culture-themed gala at the city center Friday evening.

The Chinese Culture Week 2022, which kicked off with a Tai Chi show on Monday, was organized by the Chinese Embassy in Albania in cooperation with the Municipality of Tirana and the country's culture ministry.

Chinese Ambassador to Albania Zhou Ding said that the Chinese Culture Week will provide friends from all walks of life in Albania with a variety of Chinese cultural experiences, allowing the Albanian people to appreciate the unique charm of Chinese culture.

On Tuesday, the Chinese embassy organized a reception and the opening ceremony of a Sino-Albanian photo exhibition. The 57 photos on display depicted cooperation and friendship between the Chinese and Albanian people in various fields such as economic and cultural exchanges in the 1960s and 1970s.

Chinese and Albanian artists perform during the Chinese Culture Week 2022 in Tirana, Albania, Sept. 29, 2022. A series of Chinese cultural activities have been held in Albania's capital city Tirana since Sept. 26, including a Chinese culture-themed gala at the city center Friday evening. (Xinhua/Zhang Liyun)